The original Electribes were incredibly popular for both live performance and studio mayhem. The Sampler 2 brings things bang up to date with Ableton integration for computer setups, MIDI/analogue sync for your hardware and an evolution of all the things we already loved about Electribe.

The electribe sampler has been reborn with cutting-edge technology inherited from popular KORG products such as the KingKORG, kaossilator, kaoss pad, and taktile. The internal memory lets you save 250 patterns, including preset patterns which are perfect for today's dance music scene. There's also support for the polyphonic playback that’s indispensable for styles that include complex chord progressions, such as House music.

Using the 16 pads placed on the front of the unit, you can create patterns intuitively while actually hearing and seeing the sounds. You can use the pads as a keyboard to realtime-record phrases, and also perform step recording by entering the pitch and rhythmic value one note at a time. The patterns you create can be used in alternate forms as you perform by taking advantage of the "step jump" feature inherited from the volca series, or by changing the "last step" to vary the length of each part. There's also a "motion sequence" function that lets you record knob and button operations and use them in the pattern that you create. Either drums or synths can now be assigned to each of the 16 parts (i.e., the 16 pads). For example you could create complex rhythms by assigning drums to all of the 16 parts.

Intuitive beat making with the Trigger pads and Touch pad

Familiar from the kaossilator is the "touch scale" function that lets anyone perform without wrong notes, just by moving a finger across the touch pad. The trigger pads that were popular on the taktile are also provided, making it easy for anyone to create phrases intuitively. The trigger pads can also be used for drum input. Settings allow you to switch velocity on/off.

A hybrid synth engine with sampling and modeling

KORG created a synth engine for the electribe sampler that's perfectly designed to maximize your creativity. In addition to a sampler sound engine that lets you use your own unique and original sounds (samples), there are also several types of analog modeling sound engines that are great for creating synth basses and pad sounds. There can be up to a total of 999 preset and user samples, and a maximum of 270 seconds of sampling time (calculated as monaural) can be used. The unit is shipped with numerous drum, rhythm/phrase loops, and hit samples included. (collaborations with Sample Magic, Loopmasters, Prime Loops are included) Modulation can make sound-creation more complicated, but we've made it easy by condensing it down to three parameters: simply select a template that specifies an effect and its target, and then adjust the speed and depth of the effect to suit your taste.

Advanced use of samples with Time Slice and Resampling functions

The "Time Slice" function detects attacks within the phrase and slices it appropriately, allowing you to play the phrase at the desired tempo without significantly affecting the sound. Sounds within a sliced part can also be used separately by assigning them to steps or parts. You can even apply an effect to a sample, and then resample it while using the knobs to vary the pitch or modulation. 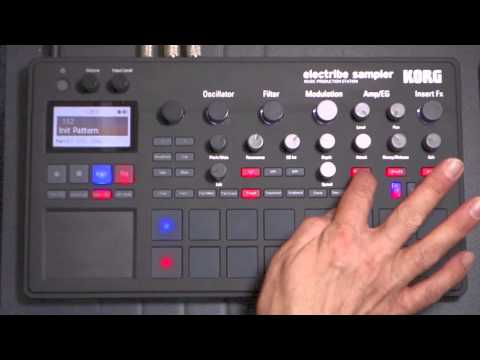 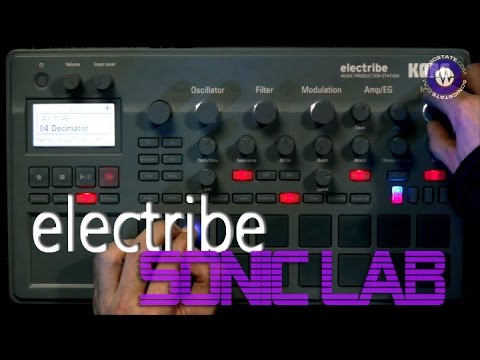 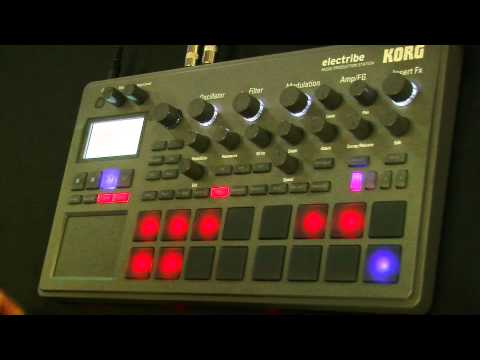 No posts have been written for this product yet.

Throw away your laptop (not really, but nearly)

I just picked up this price matched bargain. I was not sure what to expect. The literature does not really do it justice. There are a fantastic amount of pre-sets, mostly dance orientated (hip hop, urban, drum and bass, Dunster, trap, etc) so these won't suit all, but are a great starting point. The learning curve is not to steep to begin with and it is instantly gratifying. Dig a little deeper and this is an amazing bit of kit for the money. It is actually metal, although it looks like plastic and the knobs and buttons are very sturdy. The design is a little boring compared to other units, but that belies amazing functionality. I usually use ableton to make tunes and this partners it very well - as you can import sequences into ableton (as. als files). I am yet to do this. If you are looking for a great intuitive sampler, with a great feature set, great sound (I play it through 2 alessis transactive drummer and a 15 inch 1000w Samson subwoofer and the bass is awesome) that is actually very playable (using the chord function, mutes, trigger button, touch pad, master Fx, insert effects, great on board sounds and 270 seconds of mono sampling) then make the purchase. Do it!
Reliability
Performance
Value for money