Roland’s GO:MIXER PRO is the easiest way for content creators to connect and mix up to nine audio inputs, including pro-quality powered microphones, guitar/bass and line-level gear.

Just plug in, set the volume levels and go; the resulting stereo audio output is sent straight to your smartphone, ready for uploading and sharing.

The Roland GO:Mixer Pro is the perfect mobile device for recording multiple sound sources on the fly. Ideally sized for use with tablets and smartphones, the small footprint of the GO:Mixer Pro means you can travel with it anywhere, without lugging around an 8+ channel mixer in your backpack!

If you compose or produce original music on a mobile device, Roland Go:Mixer Pro is a great accompaniment for apps like GarageBand to record vocal parts or instrument overdubs. It also features a clever Loopback function, so you can sing & play along to a backing track from your phone whilst only recording your instrument or voice.

Powered by the smartphone connection or battery-powered operation, the Roland Go:Mixer Pro is powered by 4 x AAA Alkaline batteries for truly portable performance. Save your smartphone power for longer performances, with around 4 hours of life!

Thanks to smartphones and social media, livestreaming has become incredibly popular – and easy to get into. But if your broadcast involves musical instruments, or you simply need high-quality sound, then you quickly run into the limitations of your smartphone’s built-in microphone. GO:MIXER PRO has multiple inputs for a well-balanced, great sounding mix.

Virtual Stage Camera app (iOS) - A free iOS app that lets you remove the background from your own performance video and replace it with movie footage or stills from your smartphone, all while shooting in real-time.

4XCAMERA app (iOS) - Available for iOS and Android, the free version of 4XCAMERA can capture and combine two performances, for a two-screen video. GO:MIXER PRO owners can also use the upgraded version of 4XCAMERA, letting you shoot performance videos made up of four screens (2x2), with each screen containing a separate vocal or instrument take. 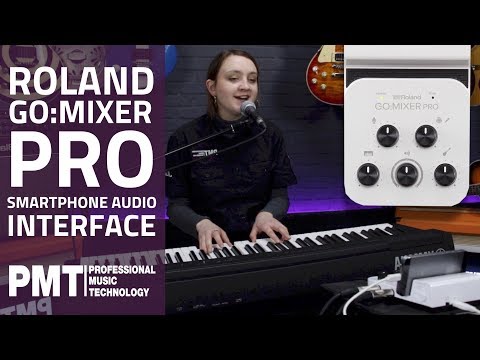 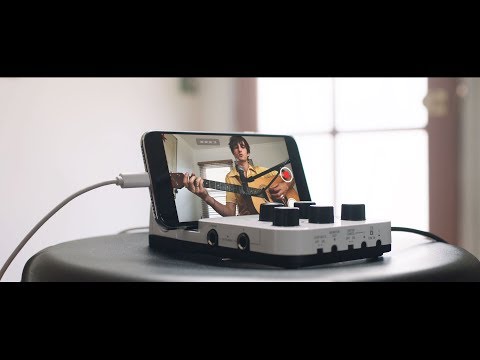