Despite it's diminutive size, the EVH 5150 III LBXII 15 watt Amplifier Head packs quite the punch! This updated version of the original LBX 15W amp head is a handy, easy-to-carry "lunchbox" size and features the same Green and Blue channels as previously, to give you the choice of either a bright and clean tone or some nice punchy gain to flavour your playing.

Complete with four ECC83S preamps and two EL84 power tubes, this powerful bit of kit also comes with dual-concentric gain and volume controls so you can independently control each channel. Additionally the channels share the EQ presence and resonance controls

Whether you want a bright, clean tone or something a little more bluesy then the Green channel is perfect. However, should you suddenly get the urge to frighten all of the neighbourhood cats and rip into a house collapsing shred-fest, then you can do so at the simple flick of a foot pedal switch, which will take you onto the Blue channel, granting you a wonderfully tight and compressed overdriven tone with the kind of sustain that EVH himself would be satisfied with.

Whether you're playing through this amp in your bedroom and want to avoid being told to "turn it down", or even if you're performing in a studio or on stage, the 1/4-power switch reduces the output of the head to just 3.5 watts without losing any of the tonal clarity achieved at full power. Whilst live or in a studio you could even make use of this feature and crank up to the volume to achieve a highly compressed tone.

Incredibly sturdy and built to last, the 5150III LBXII sports a black control panel and white metal grill cage with the iconic EVH stripes running across the fascia. This amps performs phenomenally as a stand alone in smaller settings, but works just as well when hooked up to a large speaker cabinet for bigger venus, with the sound quality alone more-than justifying the price. 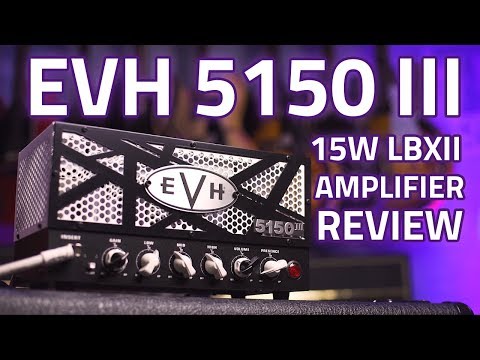 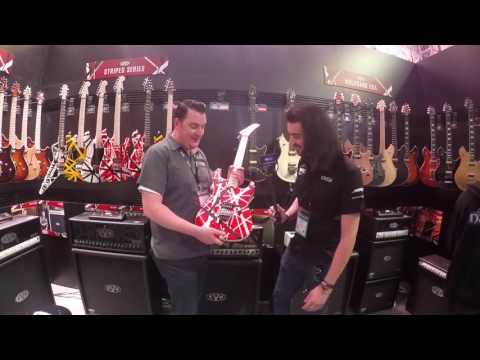 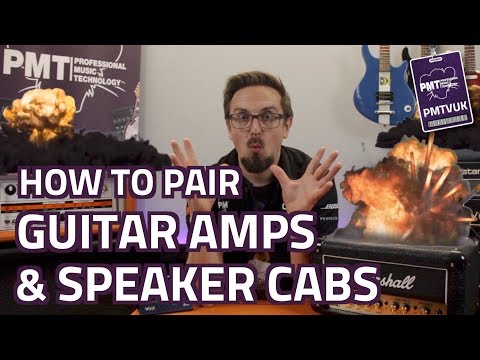