The Dunlop GCB95 is easily the best-selling Wah Pedal - a true classic. And it's easy to see why, at this price! Used by countless guitarists over the years, the Crybaby Wah-Wah is THE classic pedal for unmistakable funk tone. A must-have for any guitarist's pedalboard.

The original Dunlop Crybaby begins its roots in 1966 by engineers at the Thomas Organ Company. Dunlop took the design and made it guitar-friendly, putting it within reach of some of the most iconic guitar players of the day, including Jimi Hendrix and Eric Clapton.

The Crybaby Wah has undergone some design tweaks and upgrades over the past 4 decades into what it is today - the GCB95. A new, robust bypass switch under the footswitch offers improved response and dry signal tone, without the traditional loss of signal integrity found on earlier models. Its rugged, solid construction gives you peace of mind for a long-term investment, even if you're playing it night after night. 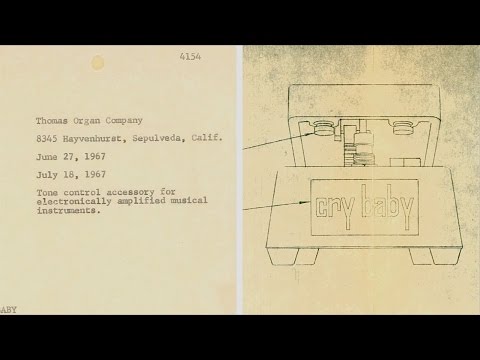