The Orange Rocker 32 is an all-valve, stereo guitar amp with a lot of power packed into a portable combo format. Full of character and big sound.

With the amount of great, studio-quality guitar effects on the market today that have two outputs for stereo operation it’s been essential to have a pair of amps to take full advantage of all that sound. That is until Orange produced the Rocker 32.

Featuring stereo effects return with two separate valve output stages, the Rocker 32 allows you to unlock the full potential of your pedalboard and it’s all contained within one stereo combo.

To maintain the Rocker 32’s tonal integrity, Orange have constructed the amp’s effects loop with an all-valve signal path.

The Rocker 32 valve amp contains a stereo effects loop opening your performance up to a world of possibilities. Effortlessly create massive soundscapes and panning delays to transport your audience to your sonic soundscape.

You can also patch in your pedals through a “wet/dry” mode with your effects being produced by one speaker and the clean guitar tone coming from the other making for great clarity and incredible separation of your performance.

Twin-Channel Design with a Twist

Orange’s Rocker 32 has a unique two-channel design. One that is “Natural” and another that is “Dirty.

The Natural channel has only one control and it is for the master volume. It has been voiced for absolute transparency allowing you to get the purest signal from your guitar – single coil pickups ring out with authentic clarity while humbuckers sing with their woody overtones.

On cleaner settings, you’ll produce crystal clear tones, crank up the volume and you’ll get a natural, bluesy crunch that’s great for being pushed that bit further with your boost and overdrive pedals.

The “Dirty” channel has the traditional Gain, Master Volume and three-band EQ settings allowing you to manipulate your sound and get the tone you’re looking for all the way from clean through a range of different British crunch flavours.

The innovate dual output stage design of and 2x10” speaker configuration means the Orange Rocker 32 has a much bigger sound than you’d expect from its relatively small enclosure. One output stage has its own cathode follower, adding a subtle widening effect and an extra layer to your guitar sound, even when you’re operating in mono.

Two custom Voice of The World Gold Label 10 speakers are installed, taking full advantage of each and every Watt, giving you a real knock-out punch of presence on stage. Highly efficient and surprisingly full-bodied low end means you get awesome projection without losing the crisp articulation of a premium 10” speaker.

Made to Be Played

Every product Orange makes they make with pride and they expect their amps to perform to the highest standards time and time again.

For unbeatable tone and durability, Orange have made the Rocker 32 by using the same proprietary transformers that they use in the iconic Terror Series.

As with their flagship valve amp heads, Orange have manufactured the Rocker combo amps without the plastic connector blocks and ribbon cables and have favoured the use of hand-soldered flying leads.

Secured to a welded steel enclosure, the chassis-mounted switchgear is houses in a robust 18mm plywood cabinet.

Big Sound on Stage and At Home

Just because the Rocker 32 has a huge sound, that doesn’t mean it has to be confined to the venues you’re playing.  The Rocker 32 fits in just as well playing quietly in the studio or even at home.

Thanks to a handy half power mode you can drop the Rocker 32 down from its usual 30 Watts of output to a more home-friendly 15 Watts and all without losing the great, warm valve sound.

Keep that amazing tonal integrity and enjoy that full-figured sound you only get from a valve amp without waking your neighbours. 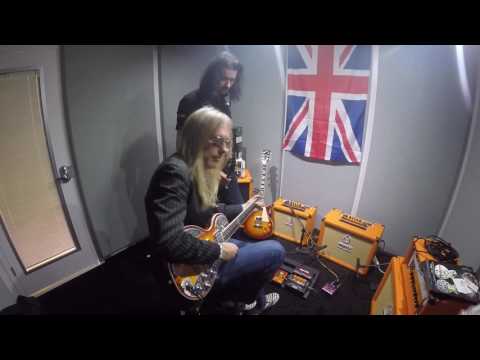 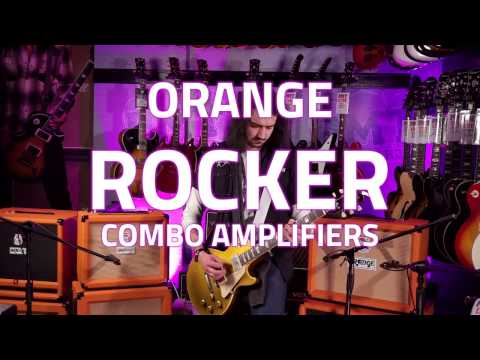 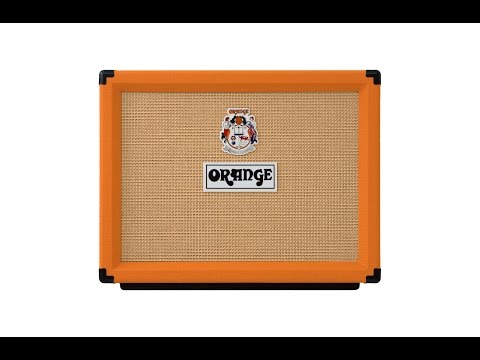