To celebrate an impressive 10 years at the forefront of live and studio guitar sound, Blackstar have released a range of new 10W single-ended valve amplifiers, developed to draw on the sound and innovation of three iconic Blackstar lines - Artisan, Artist and Series One.

This particular amp is the Series One 10 AE, which features a mighty KT-88 driven preamp and is inspired by the legendary Blackstar S1-200.

Series One valve guitar amps deliver incredible high gain performance with a level of tonal refinement found previously in only the very best boutique and vintage amps. Designed and built for life on the road, Blackstar Series One amps can handle the rigours of touring. Courtesy of a rugged enclosure and Blackstar's trademark reliability under pressure, the S1-10AE sets a new benchmark for what a live amp can deliver.

The Blackstar Series One 10AE is powered by KT-88 tubes. This results in an amp which produces dynamic, modern cleans and tight, high-gain overdrive.

The Series One AE also comes with that patented ISF control, which sculpts the tone of your tubes even further, and grants you more distortion flexibility than any other single-ended valve amp on the market!

As these amps are extremely limited edition, each and every one comes complete with a certificate of authentication, and will most certainly be collectors items in the not-too-distant future.

So order yours and don't miss out! 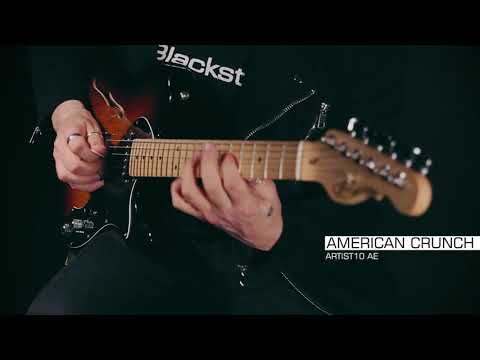