The Blackstar HT Club 40 MkII is the culmination of over three years of intensive R&D and the result is a fantastic new valve amplifier.

Blackstar’s award-winning HT Venue range returns better than ever in their MkII iterations and seen here is the innovative and intuitive HT Club 40 MkII combo amp with 40 watts of power and one 12” Celestion speaker.

With the HT Club 40 MkII, Blackstar have added a number of major enhancements requested by guitarists so you get the best of what people loved about the original HT Club 40 but with an even more flexible set of features.

As its name suggests; the Blackstar HT Club 40 MkII is the ideal amp for gigging club sized venues and it comes complete with 2 channels and 4 footswitchable voices.

Making use of a 40W EL34 driven power amplifier, the HT Club 40 MkII delivers cleans that really pack a punch and some fantastic dynamics.

An expanded set of tone controls allow you to tailor your tone so you can cut through any mix when playing in your band while you enjoy beautifully cleans and some amazing “classic crunch” and “super saturate lead” modes courtesy of the patented ISF (Infinite Shape Feature) equipped overdrive channel.

The Blackstar HT Club 40 MkII’s clean channel provides two voices, offering pristine, clean tone quality and great flexibility with one voice based on a classic American circuit and the other giving you the best of classic British tone.

The Overdrive channel provides gives you two distinct voices that are richer and fuller than before.

Thanks to its unique preamplifier and power amplifier shaping techniques, unlike other designs, the HT Club 40 MkII gives you some great high gain tones but with none of that unwanted top-end fizz, ensuring your sound stays clear, focused and natural sounding.

With the included 2-way footswitch you can enable the Clean and Overdrive channels and the two voices found on each channel.

The Blackstar HT Club 40 MkII also features a switchable power reduction circuit that takes the power down to 10 percent of its full 40w potential.

This means that you can enjoy the full tonal depth that the EL34 power stage provides, with the distinctive sound of power valves being pushed, at any volume – perfect for when you want to practice at home or even use the HT Club 40 MkII for recording.

The Blackstar HT Club 40 MkII’s built-in, natural sounding digital reverb can be fully adjusted with the Reverb control found on the front panel while a switch locate on the real panel allows you to select between “Dark” and “Light” reverb settings; Dark being a “room reverb” and Light giving you a “plate reverb” sound.

Giving you the ultimate in convenience, the Blackstar HT Club 40 MkII has a USB connector allowing for up to 4 channels to be sent.

On the rear of the HT Club 40 MkII you will find a stereo jack socket and a balanced XLR, allowing the speaker emulated signals to be connected to external devices, great for practicing, live situations and furthering your recording options.

More compact and portable than its previous iteration, the HT Club 40 MkII is the perfect amp for the gigging guitarist while retaining all its great sound and more!

With 40 watts of valve power it is everything you need for putting on some great live performances.

Making it so you can use it at home, its Power Reduction feature takes the HT Club 40 MkII down to 10 percent of its full power so you get the same, beautifully full valve sound even at low volumes. 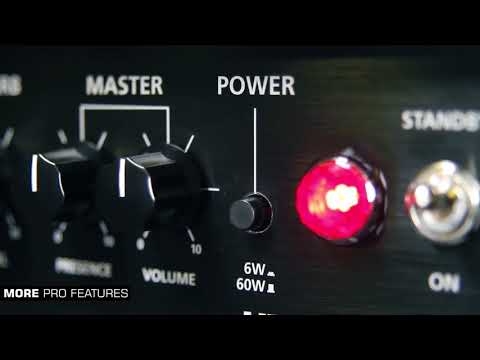 HAD A PROBLEM WITH MY HT 40.THIS WAS SWIFTLY DEALT WITH BY DYLAN.THIS IS A GREAT MUSIC STORE AND THE BEST AFTER SALES OUT OF ALL THE BIG MUSIC SHOPS.CAN'T BE BEATEN FOR SERVICE AND PRICE
Reliability
Performance
Value for money
Roy

THE NEW HT 40 IS BRILLIANT.I AM TRULY SHOCKED AT HOW MUCH BETTER IT IS THAN THE OLD HT40.SO MANY GREAT TONES (no reliability rating yet)
Performance
Value for money
Reliability