Due to the nature of distortion effects there aren't many pedal-makers out there who have truly hit the nail on the head. With the new Ashdown Triple Shot Tri Band Blendable Bass Drive though, it's safe to say that somebody has do so in style.

Gives The Ultimate Level of Control Over Your Sound

The super high-gain Triple Shot is part of the brand-new Ashdown Pro-FX series, aimed at providing professional bassplayers with the kind of effects they've been yearning for.

To put it simply, the Ashdown Triple Shot is essentially three distortion pedals in one. Most pedal-makers approach bass distortion in the same manner as guitar distortion: a single, high-gain circuit overlaying the EQ'd signal. Not so with the Triple Shot.

Each of the Triple Shot's EQ bands (Dark, Medium, and Light) features its own gain control (labeled "Roast"), which allows you to specify just how much gain is present within each band.

Just want a clean tone? No problem, simply set all three "Roast" controls to 0 (full counter-clockwise) and you will still have a powerful 3-band EQ at your control

If you set the "Dark Roast" control to zero, with Medium and Light set to "noon" you'll get a nicely overdriven bass sound, with a completely clean low-end. In other words your tone will be coloured, but retain plenty of clarity and not sound muddy.

With that said, if it's all-out fuzz-ridden filth you want it can do that too - just set Roast to 10 on all 3 controls.

As with most effects pedals, it's best to experiment with the Triple Shot's settings until you find that perfect tone. 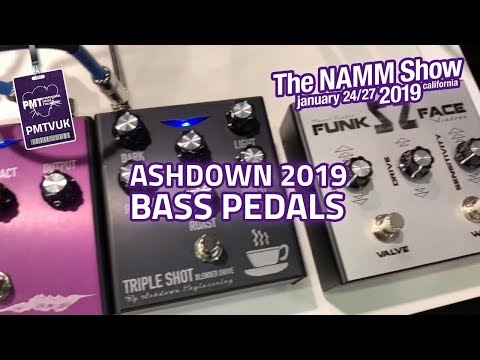 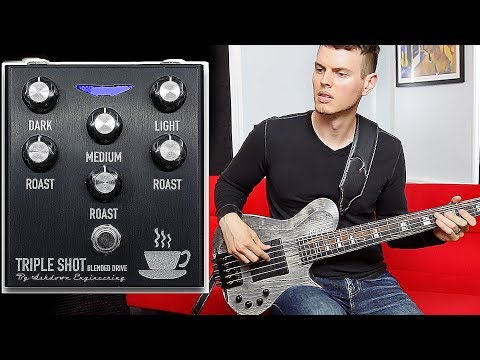