The Yamaha CP40 digital stage piano features sounds taken from Yamaha's Premium Grand Piano and CP Stage range. A top of the range 88-key Graded Hammer (GH) keyboard provides second to none playability, while 297 different sounds to chose from along with 11 effects types provide a world of performance possibilities.

Being one of the largest acoustic piano suppliers around Yamaha have selected some of the world's best pianos, meticulously multi-sampled for one of their best stage pianos to date. Taking sounds from the CFIIIS for it's piano sounds Yamaha have turned to some classic and well established instruments for it's other built-in electric piano and synth sounds including the CP80, DX7, RD1 and their flagship motif synthesizer.

Ready for the Stage

Ease-of-Use - A simple and intuitive interface

Change Voices: Voice Category buttons lets you call up the sounds you need quickly and easily-you can even store your favorite sounds for each category.

The large lighted buttons make it easy to split and layer sounds even on the darkest stages, allowing you to switch from a full piano, to a piano voice layered with strings, or piano with a split bass sound. The Main Solo function lets you go back to playing piano across the entire keyboard the touch of a button.

The new flagship of the CF Series, the CFX full concert grand piano represents the pinnacle of Yamaha's tradition of piano crafting. Beautifully made and with an exquisite tone that extends across the entire dynamic range, the CFX has the power to project its sound to the furthest reaches of any concert hall.

The CFIIIS is another superb full concert grand piano hand-crafted by Yamaha, with a full, bright sound and resonant, authoritative bass that make it perfectly suited to ensemble performance.

The S6 offers a lush tonal presence with a warm, subtle depth to its sound. Featuring select bridge materials and new refinements in the specifications of its copper-wound springs, the S6 delivers a rich, resonant tone with a perfectly pitched, harmonious bass, making it the idea piano for accompanying vocals or quiet ballads.

Striking its strings with an authentic grand piano action and using pickups to convert their vibration into an electrical signal, the CP80 is an electric grand piano in the truest sense. The moment this instrument burst onto the scene it won immediate acclaim for its pronounced attack and unique harmonic overtones.

Operating on the principle of FM tone generation, the Yamaha DX Series debuted at the beginning of the eighties as the world's first digital synthesizers. The impressive variety of sounds that the DX made available left musicians around the world in awe, particularly the electric pianos, which quickly found a home in many different musical scenes.

Rd I & Rd II - Synonymous with the Electric Piano

Rd I and Rd II offer the timeless electric piano sound that helped define the music of so many artists in the seventies. The Rd I reproduces the tone achieved using tines and hammers, while the Rd II reflects the remarkable progress in musical instrument technology that occurred in the latter half of the decade.

Perfectly emulating the distinctive hammer-and-resonator sound of another star of the sixties and seventies, the Wr voices in the CP STAGE offer everything from the thick, powerful tone of earlier models of these renowned electric pianos to the brighter clarity that later efforts achieved.

The Yamaha CP40 has a slim design that makes it incredibly light and easy to carry. 16.3kg / 36 lbs 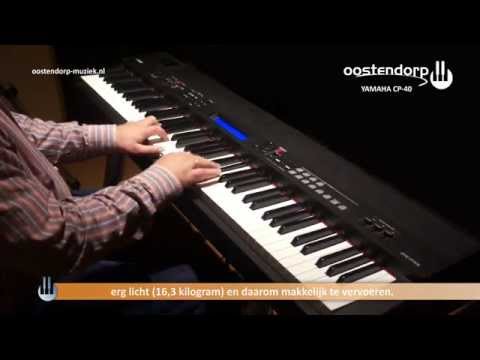 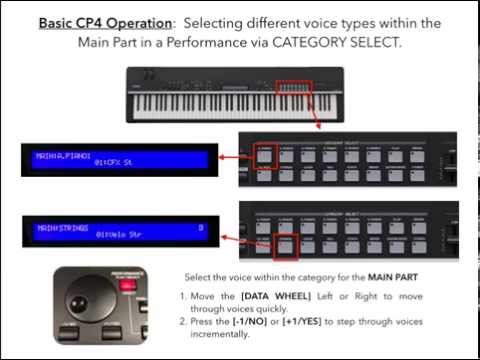