The new Roland Scooper is an unique Looper unit, giving you ultimate freedom to control any incoming sound: it's an ultra-modern effect that can sample, mangle, degrade and glitch captured loops of incoming audio. After capturing an audio loop, you can use Scooper to adjust the loop’s pitch as well as process it through a filter section and various Scatter types that slice and warp individual steps.

While it sounds great out of the box, you can fully customize Scooper’s internal signal path by re-patching its array of virtual sub-modules via a custom application that works on Mac and PC as well as iOS and Android devices. Submodules are re-patched through a simple and intuitive drag and drop interface that even lets you choose which parameters are assigned to the high-resolution “GRF” knobs.

You can reprogram Scooper in realtime via USB connection or save and recall patches with a simple audio signal. You can even share patches with other Scooper users.

Carefully crafted in Japan, Scooper has large, ultra-smooth controls with over 16 million steps of resolution and is fully re-programmable via computer, smartphone or tablet. 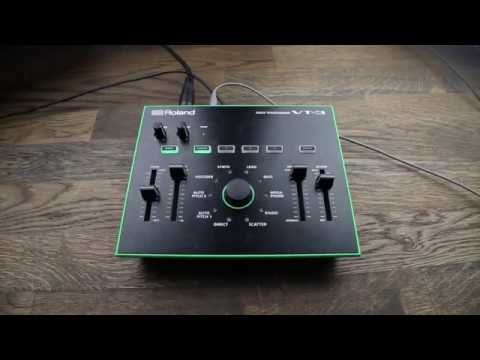