To celebrate 35 glorious years since the release of their iconic Custom 24, PRS have developed a range of special limited edition guitars - like this PRS 35th Anniversary S2 Custom 24 Guitar in Faded Blue Smokeburst.

Packed full of PRS style, class, and boutique-style tonal options, this awesome guitar would be ideal for a gigging musician looking for a new gig-ready workhorse of an axe..

At the Winter NAMM show in 1985, Paul Reed Smith stunned the guitar world when he introduced his Custom 24 and Custom 22 models to the public.

These incredible, versatile guitars have since been played by internationally touring artists, gigging musicians, and aspiring pro's the world over ever since.

As a celebration of this momentous event, PRS have designed an array of limited edition guitars, including this awesome 35th Anniversary S2 Custom 24.

True to the company's legacy, this S2 Custom 24 features that traditional double-cutaway body shape, carved from solid Mahogany with a Figured Maple top.

This combination of woods results in a naturally warm tone, but with a high-end snap - the kind of sound that's synonymous with PRS guitars.

In addition to this, the set-in Mahogany neck features a Pattern Regular profile shape, making it incredibly comfortable to play, whatever your play-style.

Complimenting the natural tones generated by the guitar's construction is a set of 85/15 "S" humbuckers, sitting in the neck and bridge positions.

These pickups help give the guitar the rich and articulate voice that PRS are renowned for, and are further enhanced by the two mini toggle switches which activate the Coil-Tap function on each pickup.

When the Coil Tap circuits are activated, these pickups are transformed from Humbucker to true Single-Coil mode, making the guitar one of the most versatile in the current PRS lineup.

As stated above, this awesome guitar will be available in limited numbers only - so be sure to place your order sooner, rather than later to avoid missing out! 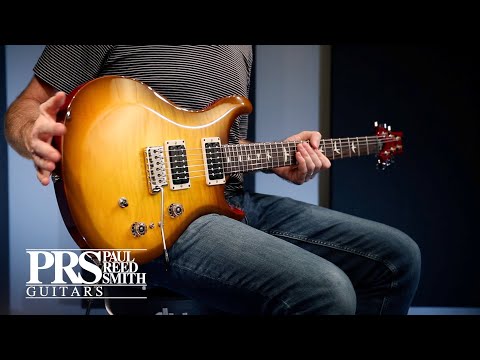