The Korg Kronos Gets an Aluminum Make-Over

Announcing a limited-edition platinum-colored model of the KRONOS-88. KORG's flagship KRONOS music workstation has been acclaimed worldwide by many notable musicians for its sound and advanced capabilities. Now, as an expression of gratitude to all KRONOS aficionados, Korg have announced a special limited- edition of the 88-key model. Korg's acclaimed workstation keyboard gets a new, stunning makeover! With a platinum-coloured panel and dark coloured side panels, this new model shines beautifully on stage under the spotlight. For serious musicians, this instrument emanates a special aura of superior quality.

Every generation of keyboardists and synth players has seen Korg define the sound design and hardware possibilities. From analogue to digital through to computer music. The Kronos is the culmination of all that knowledge in one supremely playable and deep workstation keyboard.

KRONOS comes equipped with thousands of sounds, created using various synthesis modes and calling upon over approximately 21 GB of preset waveform data covering a variety of genres. Each one has been carefully crafted by the KORG Sound Design team. The internal SSD offers a generous 62*GB capacity, providing enormous space for user sampling or downloading KRONOS Sound Libraries. These optional expansion KRONOS Sound Libraries add new professionally programmed soundsâ€”without the need to add any new hardware. Artist Signature Programs provide the priceless sounds actually used by top-ranking musicians. Additional Song Programs are named for the classic rock and pop songs whose signature keyboard sounds these programs recreate. Use these universally well-known sounds to pay homage to the originals, or as the basis for personal sonic explorations.

KRONOS features a sequencer/recording section that offers both 16 MIDI tracks plus 16 audio tracks; a great resource for putting together a dazzling performance or a brilliant production. MIDI sequencing makes it easy to capture ideas, inspiration, and pro-quality phrases using the KARMA, Drum Track, or RPPR (Realtime Pattern Play/Recording) functions. The 16-track audio recorder simultaneously captures up to four tracks of 16-bit/24-bit uncompressed data at a sampling rate of 48 kHz. Play along with recorded tracks, add effects, and then resample the KRONOS itself and place the resampled WAV files directly in a track. When polishing your tracks, feel free to use mixer automation and editing functions such as copy, paste, and normalize to get the results you want. Plug in a USB CD-burner and assemble your album right from the TouchView display! 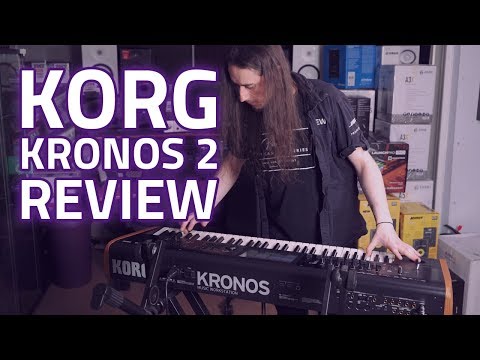 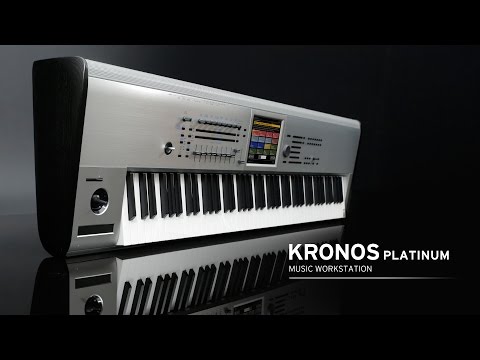