Condensing sonic adventures into a single key press is what makes Stutter Edit so playable, especially with its intelligent sense of timing. Stutter Edit is designed with musicality in mind, which frees you to make wild sounds that still feel like a natural part of your tracks. Outside of the studio, couple Stutter Edit with a host like Ableton Live to rocket your performances into a new world of organic improvisation.

The best way to learn more is to simply start playing, listening, and observing the power of Stutter Edit´s controls. Get started by checking out feature details and audio samples below, then download the demo and try for yourself!

Audio demos for each of the following gestures can be heard via the player at the top of this page...

All the world´s a stage… and a studio. Reinvent your performances with a musically intuitive tool that works with you to produce studio-quality flourishes on the fly. Effects that once took hours of complex editing are readily available at your creative command, freeing you to focus on the fun.

Stutter Edit is the perfect complement to programs like Ableton Live for revitalizing remixes, mashups, or arrangements. Whether your game is electronica, hip-hop, pop, or beyond, Stutter Edit adds dynamics, tension, drama and artistry to even the simplest tracks and loops.

Tired of every hook in the book? Exploit Stutter Edit´s sonic capabilities and the next hot trend could be yours. Whether you´re producing for yourself or others, Stutter Edit is a breakthrough for defying conventions of electronica, hip hop, pop, and rock.

Your intuition reigns with this versatile tool. The days of fruitless trial and error are over: fast-forward to inspiration by performing musically useful experiments with just a MIDI controller and your favorite host.

Stutter is just the st-st-st-start… Unleash your own style of razor-sharp rhythmic gate, pan, digital distortion, delay and filter effects.

Bury the hatchet Take a break from painstaking cuts, slicing, and complex editing.

Save yourself Capture your brilliance in custom gestures and presets for jump-starting future projects.

The sounds you´ll make were unheard of, until now. Stutter Edit easily transforms audio material into ear-catching sonic delights. Infuse your work with a modern twist on processing and manipulation and leave your clients scratching their heads in wonder.

Bring the sound design process to your fingertips by experimenting in real-time with a MIDI controller and your favorite host. Stutter Edit provides a full suite of stutter, gate, pan, digital distortion, delay, and filter effects, all of which can be tweaked, tuned, and adjusted with a press of a key or pad. Use them individually or in combination to create sweet sweeps, fills, and sound effects.

Game on From loading screens to battle scenes, play up the fresh factor in video game sounds and effects.

Whether you´re composing, recording, or just plain rocking out, the added effect of audio effects can be inspiring. It´s a quick and easy way to freshen a track´s sound and explore new musical possibilities.

Now imagine if you could also play that effect, wielding control over every parameter as if it were an instrument in itself. Stutter Edit goes far beyond simple effect automation: one press of a key can disintegrate a vocal line into a syncopated rhythmic roll, or transform each drum hit to an arpeggiated scale of pitches. The result can be as subtle or as jarring as you like— as the Stutter Edit performer, you´re in control, whether on stage or in the studio.

Let there be laptops Shake up the band´s next gig with Stutter Edit for live audio manipulation on the fly.

When first conceived, stutter edits required hours of meticulous labor: careful slicing of audio into impossibly small fragments before resynthesizing the result into modern fractured effects. Craving a better workflow, BT searched for tools that would help unleash his creative vision. When none were found—technologist that he is—he resolved to develop hisown tools. And thus Stutter Edit® was born.

Over the past decade, BT has used early versions of Stutter Edit for both performance and studio work. Benefitted by his real-world experiences, the design has continuously evolved with new features and refined usability.

In 2010, BT partnered with iZotope, who has now built the technology into a complete product—compatible with both PC and Mac OS X platforms, as well as major music production and performance hosts. 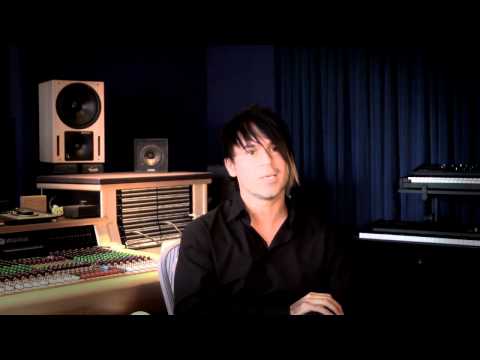