Made in the DW California Custom Shop, the Collector’s Maple is constructed from select, responsibly harvested woods.

The beautiful Ruby Glass finish adds a pop of shimmering colour for an aesthetic as stunning as the kit sounds.

The most popular wood for drum building, maple is a hardwood that produces maximum resonance, projection and attack to deliver a well-rounded, all purpose tone.

Known for its even response across the high and mid frequencies and for its warm low-end tone, maple delivers the punch needed for live performance and the depth of tone preferred in the studio.

DW have undertaken an extensive amount of research and development into the benefits of grain orientation and have concluded that it offers wider overall tonal range and enhance low end punch.

Knowing that the direction of the grain within a shell contributes greatly to its sonic characteristics, DW have utilised their recommended SSC grain orientation in this Collector’s Maple kit.

Standing for Specialised Shell Configuration, this shell build is based around a state-of-the-art grain orientation process that follows a specific pattern of alternating horizontal and vertical grains.

This process results in a super strong shell with a superb tonal range to ensure you achieve the sound you need no matter what the situation.

Once the grain orientation is complete and the shells have been formed, they are baked under pressure.

They are then moved straight from the oven to a pressurized cooler to make sure the glue between the plies crystallises instantly allowing the shell to harden to a perfect cylinder.

After the shells have been cool tempered, they are timbre matched by ear and then each set is crafted as a family that remains together through the rest of the process all the way until they reach the drummer.

Each of the shells are finished with 45 degree back cut bearing edges to deliver increased projection and attack.

The DW Collector’s series is available in a wide range of stunning finishes to add an individual character to each drum kit.

Featuring a glittery design to provide a pop of shimmer under stage lights, this eye-catching kit is a show stopper in both style and sound.

All of the shells are adorned with black nickel hardware which perfectly contrasts with the bright flickering colour of the Ruby Glass finish.

DW spent a year and a half designing and perfecting their True Hoop which they deem to be the most consistent counter hoop they’ve ever produced.

Understanding the importance of the relationship between the bearing edge, the drum head and the hoops when it comes to tuning and tone, DW created their True Hoops to make tuning easier and more reliable.

Utilising a combination of round and flat parts to deliver a consistent hoop that provides even hold and improved tuning, the True Hoops feature a fully rounded outer edge.

Each of the hoops on this kit are 2.3mm.

The patented DW Suspension Tom Mount has been designed to provide reliable tom placement without impeding the resonance of the drum.

The mount connects to the rack tom via the Turret Lugs to avoid having to drill into the shell which would be detrimental to the drum resonance.

This lack of contact between the mount and shell means the tom is allowed to vibrate freely to achieve maximum resonance and optimum tom tone.

Each of the drums in this 3-piece shell pack are fitted with DW’s patented True Pitch Tuning tension rods to deliver more exact, longer lasting tuning.

The True Pitch rods feature 5mm threads rather than the 12/24 rods that come as standard on most drums.

That works out as 20% more thread from a True Pitch Tuning Rod than a standard tension rod.

What that means for drummers is a drum kit that’s easier to tune, stays in tune longer and delivers more consistent tuning.

The DW Collector’s Maple Ruby Glass kit comes complete with Remo USA heads that have been specifically made for DW.

These Coated/Clear heads are predominantly clear but incorporate a coated tone ring to deliver just the right amount of muffling with plenty of resonance.

Each of the heads also feature crimped flesh hoops to provide maximum vibration and increased durability.

The 22” bass drum is fitted with a coated/clear batter head with an integrated inlay ring and an ebony resonant vented logo head to deliver punchy tone and smart aesthetics.

The 12” and 16” toms also feature coated/clear batter heads and have clear resonant heads.

The Ruby Glass finish ensures this kit looks as striking as it sounds to make sure you have the style and tone you need from the studio to the stage. 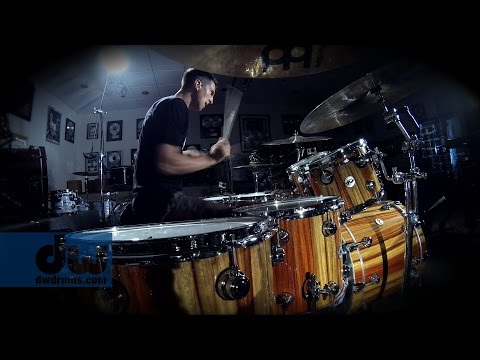 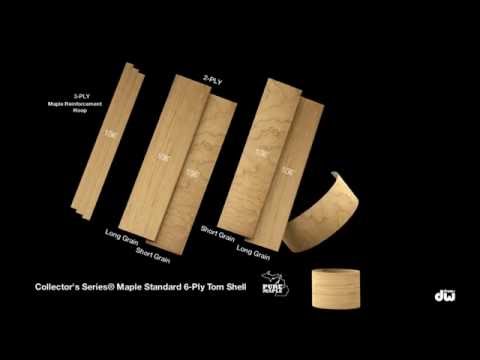 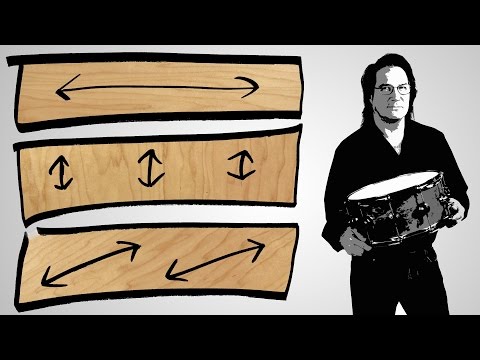