Stealth offers unparalleled performance in almost any vocal recording or broadcast situation, with Aston’s legendary build quality that guarantees lifelong reliability that won't let you down. Aston's modern, sleek chassis rounds off the 'soft-feel' design of the Stealth, perfect for integration with any broadcast studio or podcasting setup.

Courtesy of a Class A Mic Pre, Stealth's Active Mode eliminates the need for external gain lifting devices and offers a fully balanced signal path, from capsule to output. The end result? Less noise and a cleaner signal integrity.

Winner of 'Best Microphone' at the NAMM TEC Awards, the audio and music industry's most prestigious international awards, Aston Stealth is the only British manufactured microphone ever to achieve this, beating several huge global brands in the process. It was Aston’s third NAMM nomination in the company's 4 year history.

These 4 high quality signal paths ultimately make the role of sound engineer easier than ever. With rigid, traditional settings and Pre-EQ presets found on many other condenser mics (which colour the sound to make it more flattering on the ear), Stealth allows for much easier post-processing signal manipulation and a cleaner, hum-free recording.

The whole signal is slightly attenuated, with some frequencies being added back in at a higher level. This results in much lower phase distortion than conventional filter designs.

Use with or without 48v Phantom Power

Aston Stealth works with or without 48V phantom power. In Passive Mode (unpowered), the active circuit is completely bypassed and Stealth operates with the simplest possible signal chain to give a beautifully clean sound.

Plug Stealth into a +48v Phantom Power source and it will automatically switch the mic to Active Mode to utilise the onboard Class-A mic Pre.

It also features a sleek Purple LED indicator so you always know what mode you're on - switchable On and Off for broadcast environments.

As with the first Aston Microphones, the Origin and Spirit, Stealth employs some of the most revolutionary microphone research & development yet. A unique internal shock mount design suspends the capsule in mid-air - completely isolated from the microphone chassis. Sorbothane is a popular material used in many hi-fi and computer product designs for its vibrational dampening and acoustic properties.

The end result is a clean, pure signal, without suffering many of the acoustic vibration issues faced with traditional studio microphone designs.

Stealth was developed in partnership with more than 90 top engineers, producers and artists on the Aston 33 development panel who participated in a series of blind listening tests designed to create the best possible sound. The resulting four voice settings, Vocal 1, Vocal 2, Guitar and Dark, offer an unprecedented variety of world class sounds to suit almost every application.

Aston Stealth like owning 4 microphones in one device - each with their own tailored frequency response, signal path and voicing. Stealth is a game changer for podcasting, radio broadcast and studio vocal performance! 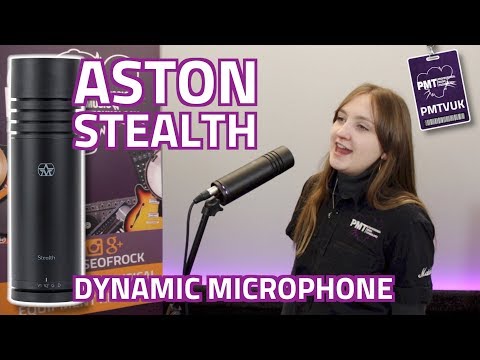 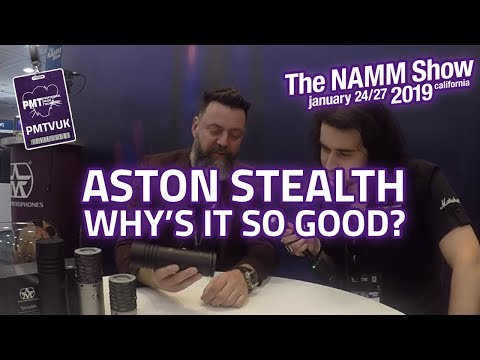